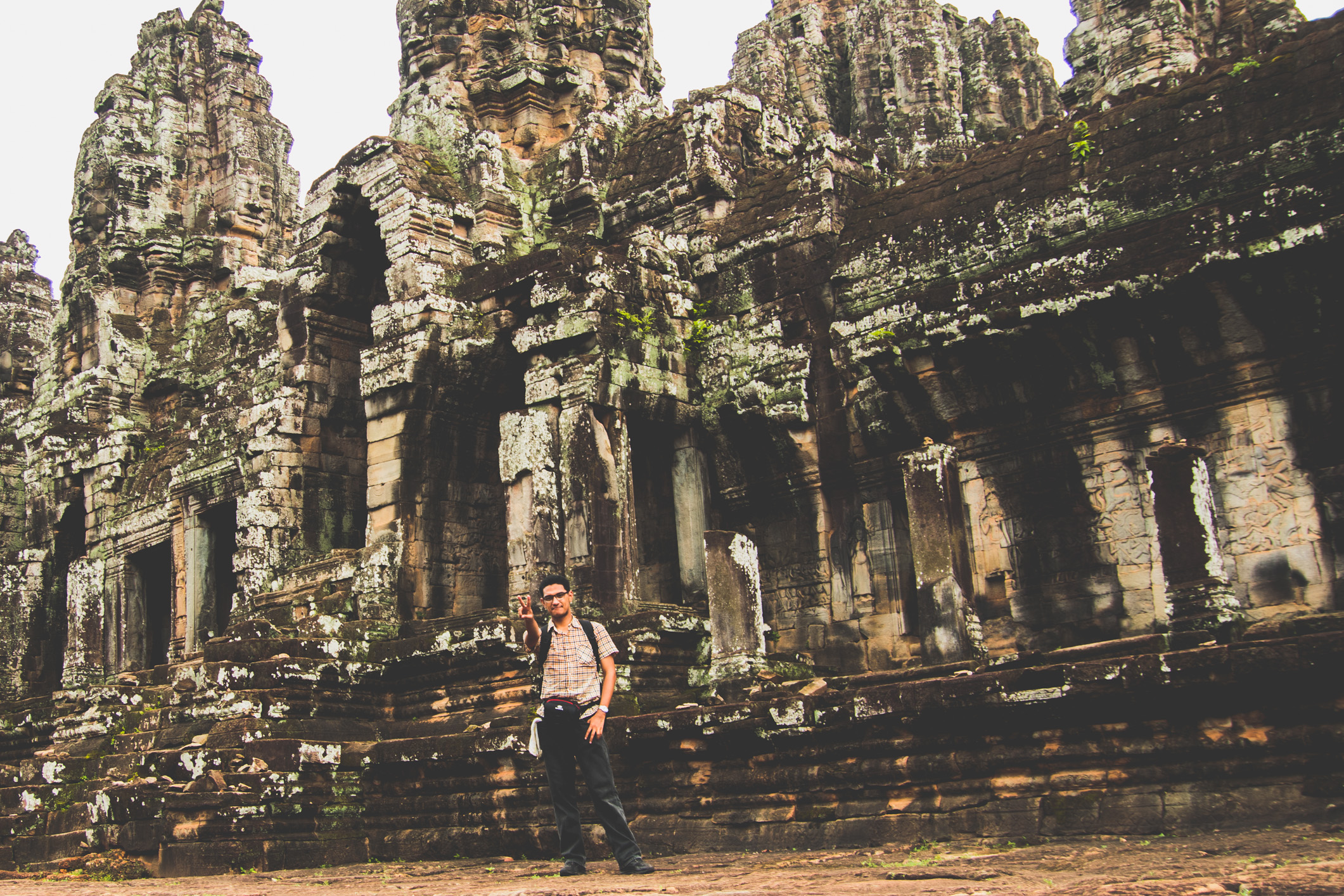 I have been interested with photography especially when I was finally able to purchase my own DSLR. So I am going to share some tricks on how I take pictures.

I love travelling, and I love taking photos while travelling. One of my friends once asked me after seeing Angkor Wat photo below: “how come you could come to Angkor Wat and it was not that crowded? It feels like you were having an adventure in a real ruin”

It is basically just an illusion. Angkor Wat was way very crowded. All you had to do is just take pictures without anyone in your frame. Other objects are ‘noises’ in your frame, so you have to get rid of them by moving away from them so they would not be included in your frame.

Of course you cannot get rid of them by shooing them away. So, you can ‘hide’ them by changing your angle and put interesting objects to obstruct them from your point of view. If there is no object that can ‘hide’ those noises, you can just be patient, hold your camera and your shutter button tight, and wait for those noise to get off from your frame. It is all about patient. 😉

Take a look at photos below:

That photo is not interesting because there are people that became noises in the photo. Look at a tourist was talking with her tour guide behind me. One thing you have to remember that you cannot hide them all using Photoshop. You can still crop if the noise is near the border, but if it is in the middle like in my photo, you cannot do anything. So hide them by changing your angle of your frame.

This tricks will create an illusion that you are having a ‘real’ adventure, not a tour or vacation. Look at several other examples from my gallery:

In the second and third photo, you may still notice that there were some strangers hanging around in the frame. But because they were in the background, it did not obstruct the focus of the foreground. The simple key to determine whether an object is in the foreground or background is by comparing the size between those objects. If the ‘noise’ object is less than one-tenth of your main focus object, so you can be assured that they are in the background. It is better that if the noise object is not only one, but there are some of them, so you will have a story too from your photo’s background, such as a little crowded campground. If it is only one object, it is preferable to hide them instead.

It’s all about taste. Taking photo is like telling a story, so you have to picture it right so it can tell a story. Many of my travel photos tell about adventures, so you will see less stranger in my frame, except when I intend to take photo about people or crowds, such as cityscape photos.