The Short Story of My Grandmother 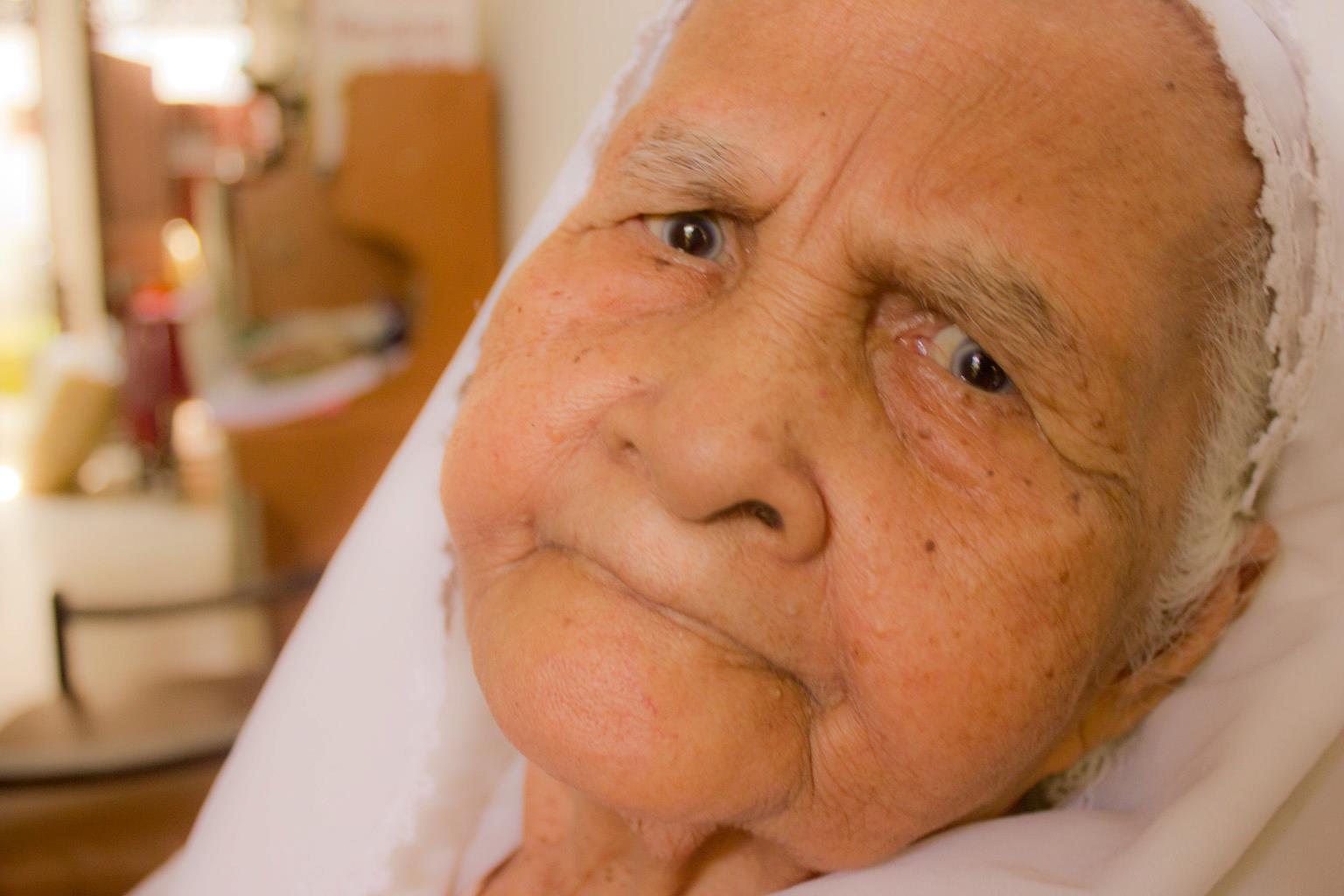 This is not a happy story, but actually a story about my mother’s family during hard times for years. My mom came from a lower-income family from Sumatera, and her story is a kind of self-reflection story and taught me to become a better person. This story is real, being told by my mother and my aunts. They were the living witnesses of this story.

It’s all began with my grandmother. She was born around 1920, a first child of three. Her father was a shopowner in Sumatra. Her father loved her very much, but her mother did not treat her the same way. Her mother was a kind of materialistic person who valued wealth and pride. It is said that she was beautiful despite her aging. What she thought was to maintain personal and family image, including arranged marriage for her daughters and grand-daughters. However, my grandma still loved her mother despite her lousy treatment over the years.

My grandma married a local Datuk around 1940. Basically, my grandma was pushed by her mother to rush the marriage so that she wouldn’t become an old maiden. Well, the Kartini movement wasn’t strong enough at that time. My grandma gave birth to 6 children until around 1960. The family was basically alright until nearly 1960 when the family started to deteriorate.

Around 1963-something, my grandma caught a mysterious illness. She was kind of unhealthy during that year. However, she still tried to survive the family by opening a stall in the local market. One day, a random person in the market came to her. He said that he pitied my grandma for her condition. He said that my grandma was made sick by someone who disliked her. He also said that the person who made her sick was really close, which is her husband and his family. He advised leaving the village as far as possible to prevent her from being tortured by this mysterious illness.

So after a hard decision, also consulting with local ulamas, she planned to leave the village without her husband. She saved money for months to buy ship tickets for her and her children. When about the time they collected enough money to buy 5 tickets, 1965 happened. In 1965, the recession was horrible that the government executed “sanering” or devaluation (cutting the value of the money) for almost 1000%. My mom said that what she remembered was Rp 1.000 was exchanged for Rp 1 in the new currency value.

The money they saved from selling groceries in the local market was gone for nothing. Not even a single ship ticket can be bought. Thankfully, a relative of my grandma helped her by lending some cash to purchase the ticket. And eventually, they could leave the village in 1966, by only bringing some necessary clothes, a sewing machine, and a can of raw Kerupuk Kulit (skin-cracker). They set sail to Jakarta in the hope of having a better life, away from people who wanted to hurt them.

Arrived in Jakarta, they started to live together with her mother and the youngest and more successful brother. Although being so successful, her brother never helped her at all. He and my great-grandmother mistreated my grandma and the family like they were pests. They only lived there for almost a year before saving up some money and rent a small house in the slum in Karet Belakang. They saved the money by selling Kerupuk Kulit and collecting some capital to open grocery stalls in a market.

My mom said that 1970 was the hardest decade of their life. They had to live in a slum area, constantly flooded by the nearby river, in a house with a hardened-dirt floor. All the family members had to survive by running a stall, selling cigarettes, selling Krupuk Kulit, and so on. Despite that, my grandma valued education really high that she didn’t want any of her children to fail school. Therefore, all her children went to school in the morning and working in the afternoon to the evening. My mom also graduated from SMEA (Sekolah Menengah Ekonomi Atas, a vocational high school for the economic/administration field).

After years of hardship, life was starting to change when my mom started working in KADIN (Chambre of Commerce) as a personal assistant to a director there. She got the position also because she was helped by fellow Minang people (Minang people are known for excellent communal bonding). Eventually, my mom began saving some cash from her job. She saved enough to finally purchased a house in Perumnas for the family in 1979. This was also helped by her ex-boyfriend, who worked in a government body. Perumnas was mostly targeted towards government employees, and it would be impossible without help from the inside.

Over the years, my grandma’s family was thriving and getting better. Her husband never tried to look back for her. Instead, he remarried and had several other children in the village, which my mother never met. On the other hand, the brother and my great-grandma were getting down due to failure in his business. The house they used to have in Setiabudi was sold due to the bankruptcy of his company. It is also said the house itself did not rightfully belong to him. It belonged to the younger sister of my grandma which was claimed singlehandedly by him and his mother.

There are lots of other life stories from my family. My mom even said that it could be a telenovela series or like Keluarga Cemara sinetron. But from these stories, I could take many lessons such as:

This is not a fancy story. But this is a story I will always remember, and I will tell to my descendants and so on, that God’s promise is true:

فَإِنَّ مَعَ الْعُسْرِ يُسْرًا
Verily, from every hardship, there is ease

PS: This is a cross-post of a forum post I made discussing stories from our ancestors. And I think I need to materialize this story into my blog. Perhaps I will elaborate on some other side stories of this tale.